5 The Most Beautiful Sites to Watch the Northern Lights !

The world that we live in is filled with magical phenomena, and one of these spectacles are the northern lights or the Aurora Borealis. Dancing lights filling the night sky give a feeling of being in a different realm or inside a fantasy film. So many people want to take a glimpse at the pretty colors filling the sky in key spots around the world. If you’re one of those who have a deep admiration for elements in the sky, you’re in for a treat. The auroras come from the sun’s charged particles that get trapped in the atmosphere of the Earth. When they reach us, they look like a dream to a certain degree. Witnessing this enchanting light show might be in your bucket list, so read on to find out where you have to go to get the best seat in the house! 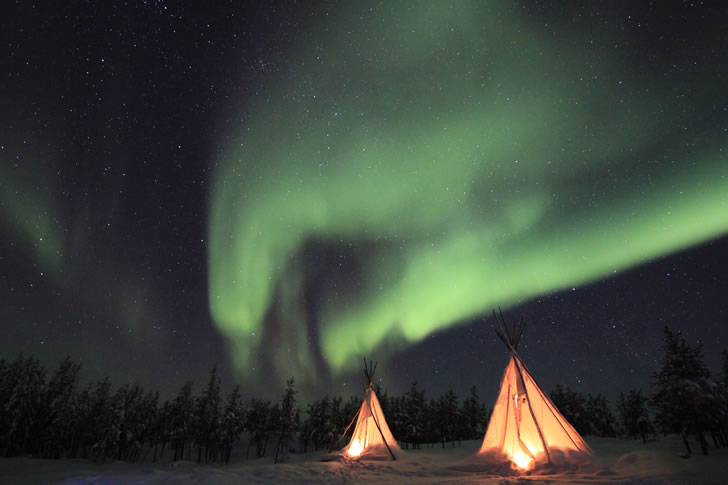 Yellowknife, Canada prides its tourism for showing off their version of the northern lights. Because of the great conditions in the country, there are several viewing spots you can go to to get a glimpse of the aurora borealis. All across Prosperous Lake, the light show boundlessly performs for its spectators. You can also go to Great Slave Lake where the community made an investment to put up an entire Aurora Village. More popularly, Jasper National Park and the municipality of Wood Buffalo are key places to be in as well. 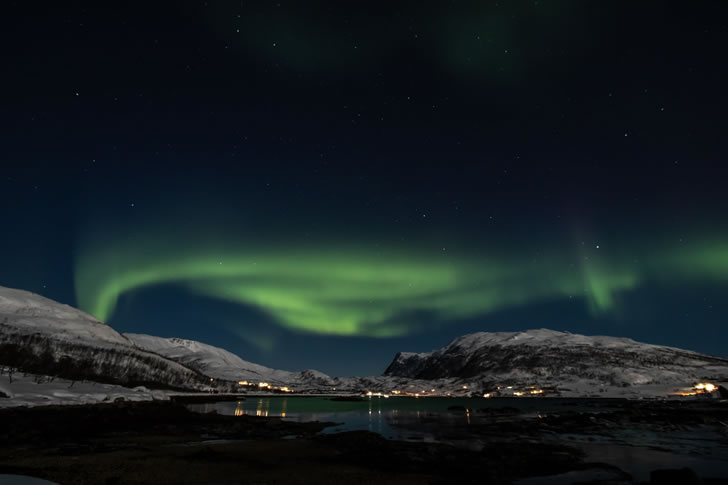 Tromsø shows you an otherworldly picture where the auroras come out. They usually glow above the beautiful fjords of Norway, so their lights are reflected in the water. Imagine being inside a giant glowing globe! The Gulf Stream’s temperatures take credit for stabilizing the country’s climate despite its location, making the weather perfect for sky viewing. Going to the Ersfjordbotn village anytime from September to March will give you a magnificent view of the northern lights. Other options for viewing sites are Alta, Kirkenes and Nordkapp.

Going to Iceland is like going to a different world. The landforms present here are truly magical and colossal. Filled with huge waterfalls, active volcanoes and glistening white glaciers, the place is Instagram-worthy wherever you go. If you want to catch the auroras here, you are advised to go to the shores. They will be accessible from the coast as the clearer skies are likely above water. You will get the best view on top of Mount Kirkjufell located on the west coast. Specifically, Grotta Lighthouse can give you more height from up there and make you feel so much closer to the sky. If you prefer viewing them from the ground, head on to the east and watch the lights from a hot tub. Be prepared with your credit card to check into the lodges and lagoons as they prep the best seats for their guests. 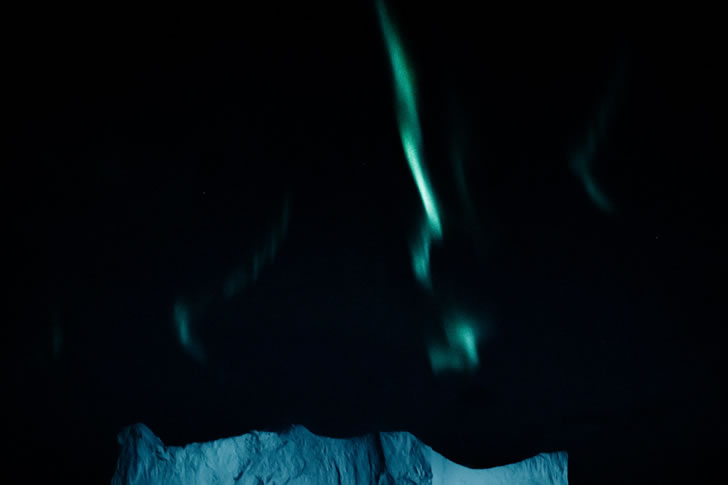 When we talk about the northern lights, we think that going farther up north is better but that is not necessarily true. The northern regions of Greenland can no longer see the auroras because they are too far up the Earth, located at an extreme degree. South Greenland, however, will give you perfect spots for Northern lights viewing. The Qaleraliq Glacier have small icebergs all year round and these can be the ideal foreground to your picturesque lights. Going to Nuuk from August to April will surely give you the show you’ve been waiting for. 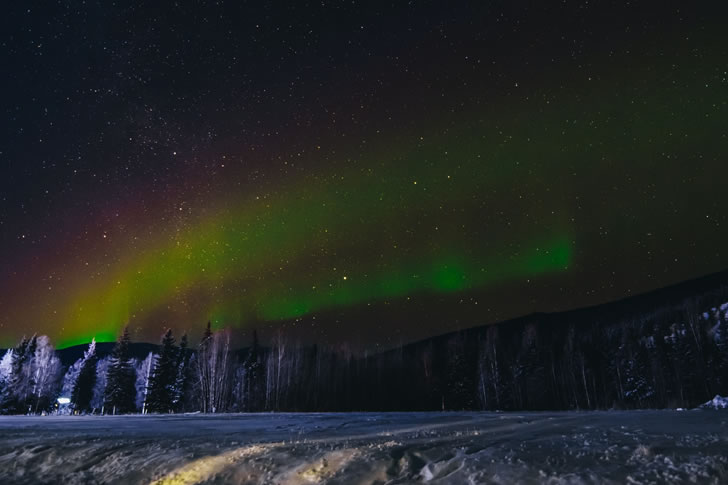 If you don’t want to leave America, the best place for you to go is Alaska. Fairbanks always promises a decent view of the dancing lights. Since it is located only two degrees under the Arctic, the northern lights are pretty clear from here. Equipped with state of the art forecasting and informative tours, Denali National Park has the perfect spot for those who want to bask in the glowing sky. There is a good chance you will catch the auroras most of the time but try to avoid going there from late April to early August because not much comes out. A trip during this time might only disappoint your credit score.